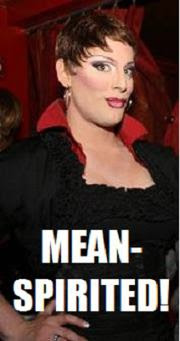 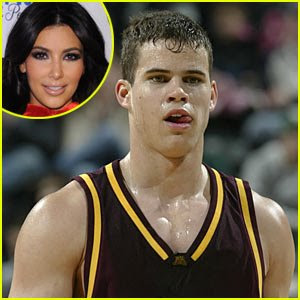 Authorized Sharing of An Article by The Divine Grace

Mdvanii salutes The Divine Grace for such eloquent and pertinent regards concerning a nice big reality check about LGBTQ marriage and the equal rights we don't have.....entirely, as it should be, throughout the world.

Voila, a brilliant letter .....share it, spread it and talk about it, The Divine Grace has spoken, ...!!

“AN OPEN LETTER TO KIM KARDASHIAN”

Please allow me to preface this letter by congratulating you on finding someone to read it to you. I can only imagine how difficult it must be to learn how to read between all of those dress fittings and developing a fragrance that has the “effervescence of grapefruit and pink peppercorn” and subtle notes of limousine upholstery and poodle vomit.

I would like to take this opportunity to tell you how shocked and heartbroken I was to discover that your marriage to NBA athlete Kris Humphries has come to an abrupt end after a mere 72 days.

I would like to take that opportunity, but I'm not going to.

Yours wasn't exactly a marriage that I believed would stand the test of time, as your entire 4 year career appears to be constructed entirely out of marketing ploys, public relations gimmicks and an insatiable desire to have your over-weening ego stroked like some random villain's fat pussy in a James Bond movie.

A mere four years ago, you blew (quite literally) onto the scene in a viral sex tape in which you bobbed and weaved over R&B singer Ray J.'s phallus with about the same excitement as a bowl of unseasoned grits. Even then, I gave you the benefit of the doubt as Ray J.'s member was about as crooked as a dog's hind leg, and it's hard to blow a boomerang. In a world in which emaciated bodies are coveted and eating disorders glamorized, I was just happy to see that the vixen du jour had a few curves. I mean, if the whole world had to be exposed to your lackluster sex life, at least it wasn't shoved down our collective throats by some size 2 teenager. Thank you for that. I have several friends who are also adult film stars, so I understand that yours was not an easy profession to swallow. But I find it a little disconcerting that they are still having a hard time making ends meet in this troubling economic environment, while your half hour of slap-and-tickle has resulted in fragrances, three reality television shows and a clothing line dedicated to making teenage girls look like middle-aged drag queens.

As someone who has been in relationships with men of color almost exclusively, I would also like to sincerely thank you on helping to erase some of the ridiculous taboos and misconceptions that often accompany mixed-race relationships. My only criticism here is that you apparently prefer size over substance. I'll not comment on your previous suitors as their fifteen minutes of fame have less time on them than your 18 hour bra, but this Kris Humphries character really takes the cake. Now, I'm not suggesting that you have ever come across as someone who could snag a particle physicist, but your current husband always came across to me as someone who might find a challenge in one of those 5 piece puzzles they give laboratory chimpanzees. I tried to write off the behavior that you both televised with such reckless abandon as just the fruits of youthful lust and whimsy. Sadly, it appears that the entire relationship and marriage was nothing more than a carefully-constructed public relations device that would result in all parties banking a considerable sum. While I for one did not fall for your particular brand of stupid, many people did. And that's really just too damned bad for them.

No, Kimberly, my beef with you is not that your marriage existed at all. You should be free to marry whomever you choose, no matter how much lead paint he seems to have digested in his childhood. Rather, my beef with you is that you and your brand would have the audacity to promote and publicize your wedding and marriage with such aplomb only to dissolve it 72 days later.

Do you understand what an insult this is to LGBT people?

As a gay New Yorker, I was part of the machine which fought long and hard so that Marriage Equality could FINALLY find it's way to this state's citizens last summer. But as a native North Carolinian, I am reminded that the North Carolina Senate, in a 30-16 vote, agreed to let voters decide during the May primaries whether the state Constitution should ban same-sex marriage.

As American citizens, we were all told there would be a separation between Church and State, but the primary reason that LGBT citizens are being given to deny us Marriage Equality is that the Bible defines marriage as an institution between one man and one woman, and that our unions would destroy the “sanctity of marriage”. Well, as you and your legal team whittle through your second divorce, could you and your goofy husband please explain to us what this “sanctity” thing is? Please? Because I'm completely lost here, and I tend to get a little p!ssed off when my civil rights are being taken out back and put down over some sort of double standard.

72 days, Kim? Seventy-two days??? That's the best you and your co-star could do? Seriously?

Do you understand that the self-righteous line of bullsh!t that our legislators preach in an effort to brand us as sexual deviants unworthy of marriage becomes an even harder pill to swallow as people like you wipe your collective a$$es with your marriage licenses? Do you understand how painful it is to watch couples who have been in stable, monogamous families for decades be turned away from the Justice of Peace while you try to turn your divorce into a tax shelter after two and a half months? Do you see the hurtful ridiculousness in all of this, Kimberly? Do you?

No, Mrs. Humphries, if you have any desire to convince the rest of the world that you are anything more than a conniving con-artist, you'll go home to your gigantic slack-jawed husband, work out whatever issues you two have and set up house for the long run. Because while many states are working five days a week to prevent me and my LGBT brothers and sisters from enjoying the union of marriage, I'll be working day and night to criminalize divorce. I mean, if marriage is so sanctified, then surely divorce is equally an abomination, right? I find it interesting who often two passages in the Bible are used to discriminate against Gay Marriage while the Bible's two dozen passages regarding divorce are all but ignored. If we as a nation are going to use the "Good Book" as the basis of all of our laws, shouldn't we focus on it's writings in their entirety? I know these are loaded questions about a book that has no colorful illustrations, but you should still be kept up to speed, Kimberly.

In closing, if you need any further information about the fight for Marriage Equality in this nation, might I suggest that you consult with your stepfather's plastic surgeon? It's clear that this doctor has a gay agenda and he's not afraid to display it across an Olympic Gold Medal winner's face.

Oh, and one more thing: That Cuisinart I sent you as a wedding gift? Yeah, I'm going to want that back.